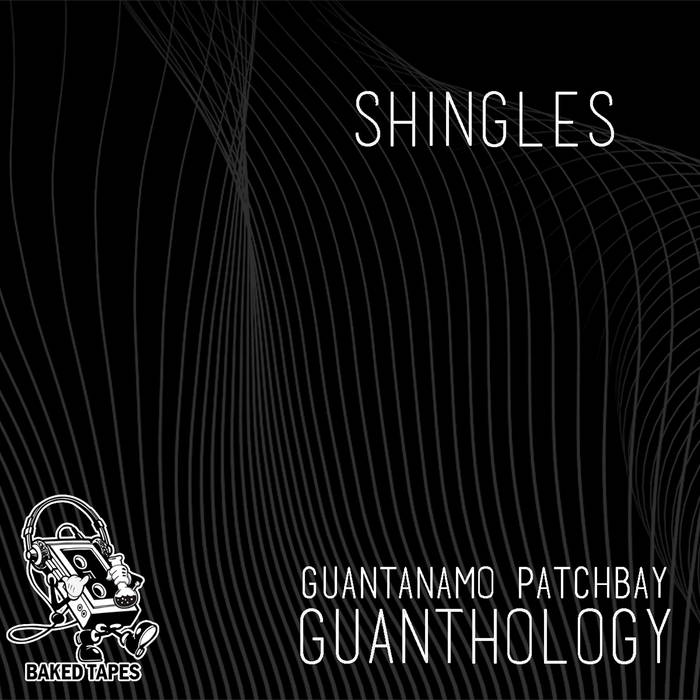 On my 32rd birthday, I released “Generosity of the Suns” for EVI and modified Sequential Circuits Pro-One at the behest of some close friends, to start leaking peaks into the trove of weird demos and synth rabbit-holes that I had been exploring in the background over the prior years. I committed to start a monthly series digging deep into the archives, releasing forgotten EPs and collabs, and likewise started the Guantanamo Patchbay series as a conduit for the diverse orphaned experiments that didn’t feel necessarily at home with any particular project otherwise.

Honestly, it was mainly spurred by the fact that over the course of the label's lifetime, I had amassed a closetful of leftover blank tapes, the burden of buying blanks 100s at a time, but typically only doing runs of 60-75 of course. The surplus of varied lengths and shells were getting harder to manage and keep organized after constantly moving over the years. So after settling into a house of my own, I figured it was time to take a good look at inventory and start the uphill battle of building releases around them as to deplete this mottled stockpile I had little prospect for use of otherwise. As a result the size of these small editions varied, some were as little as 20 given what was available.

9 months/releases into the project, both my computer and my main tapedeck died within the same week, which, needless to say, brought everything to a swift and abrupt halt.

As a result, the first era of the Guantanamo Patchbay series likewise came to a close, with 4 volumes across a total of maybe 90 physical tapes mainly given away to friends and traded with heads, with a very small handful of leftovers sold via the Shingles bandcamp to those outside my immediate circle.

Guanthology sees the collection of these 4 titles on to one single c80, presented in chronological order, covering a range of jams culled from sessions mainly between 2012-2015. Predominantly EVI driven, like most of my work, but with a smattering of modular defects throughout, these are snapshots of various patches and approaches during these years.

Two additional Guantanamo Patchbay volumes have snuck out in the years since, but those have largely eluded the internet. Likewise, a couple of additional volumes still hang in the wings, awaiting a proper time to resume, perhaps sooner now that the first run is getting a proper release.

VOLUME 1: Tinkerings and demos from late 2012/early 2013, I think. Various crash-mashings of synthesizers, coffee, and an EVI held together with hot-glue and a prayer. There's some typewriter in there too. Listening to a lot of Mort Garson 'Plantasia'... still do. An edition exists of 30 or so unlabeled black c20s wrapped in a photo of a bird-feeder I made in cubscouts, housed in shiny yellow norelcos. Copies were sold, traded, and lovingly given away on a mind-bending new england jaunt with Sugarm, July 2015. Recorded at Temple of Pei, 2012/2013 w/ Bugbrand Modular, Wiard 300 Modular, Steiner EVI, and modded Sequential Circuits Pro-One.

VOLUME 2: "Return to Warlock Pond" sees the return to the Guantanamo Patchbay series and unearths some fresh synth tinkerings from a couple of years back. Side A is predominantly Wiard 300 + EVI demos from 2013 that, for one reason or another, always ended up on the cutting room floor when I'd narrow down a final sequence for some tape or another. SIDE B is a live 4-track cut on a SCI Drumtraks, a modded SCI Pro One, and a Korg MS-10... plus a bunch of EVI overdubs thrown on later, sometime in 2014 I reckon. This release was made possible by a donation of 4 or 5 boxes of blank cassettes by Andy and Sara of Slasher Risk when they were parsing down for a move a couple of years back.

VOLUME 3: Volume 3 showcases a collection of tracks yielded from a single open-ended Bugbrand patch I'd been wood-shedding for a couple of months. The patch took shape over a short New England tour with thee ever-mystifying Sugarm and felt kinda too good to let go. To tell the truth, I've historically poo-poo'd the idea of keeping any patch in place for an extended period, preferring a fresh start every time, but this one ultimately proved my logic flawed. Mr. Matthews cites my patch cable 'hat-hair' as an indicator that, just maybe, I've had it plugged in too long. Now that there's evidence, perhaps I can move on. EVI + Bugbrand Modular

VOLUME 4: 'Atypical Weather Patterns' and 'In The Blink of an Eye' were recorded back-to-back in a single day last summer in an attempt to integrate my modular into a broader noise set-up. They were recorded live with no overdubs, but were multi-tracked for some minor trimming / tweaking. The respective gear footprint of the sessions were spread-out across a sizable room and was ultimately characterized by my frantically running between multiple set-ups to keep the train moving to the best of my ability. Venation Study, on the b-side, is a 15min synthesis exercise constructed/directed entirely by simple data abstractions and logic applications based on measurements taken from a sampling of leaves from rural New York. It was premiered in a philosophical thought-experiment turned reality at The Dark Outside Festival, broadcast via low-power FM transmission to transistor radios scattered throughout a dense forest in Scotland in the fall of 2015. Out of respect to the organization, this track will not be available in full for streaming/download, only an excerpt. The full version is only available via this small edition of c30s.