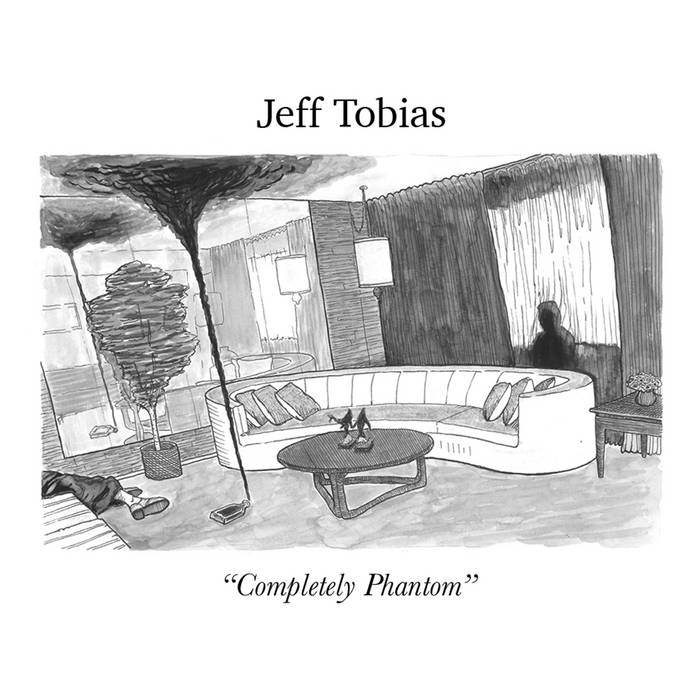 Perhaps you recognize Jeff Tobias from his stints ripping with the late Arthur Doyle and His New Quiet Screamers, or as a micro-zonal reedsman with David First’s Western Enisphere. Maybe you saw him boogying down with Doc Eugene Chadbourne, or had your face melted by his straight-up shred with Sunwatchers (aka New York’s best band, fight me).

Following up a release of ensemble works in 2016 on Soap Library, Jeff here steps forward and strips back to allow his raw saxophone explorations to take center stage.

Improvised and recorded live in a tunnel by the water in Riverside Park on a cool New York evening this past July, ‘Completely Phantom’ at its essence is a dude, his sax and the city’s hustle-and-bustle overhead, but where it begins its disorienting trajectory is inconsequential as the boundaries between each begin blur and distort as the release unfolds.

’Completely Phantom’ sees Tobias push his saxophone to its absolute breaking point, resonating and activating the foundations of the Upper West Side above, not unlike warming up a gong or tuned wineglasses. Tone poems of extreme reedsmanship test the overtones of concrete and brick, vibrating the open air between, and animating the pavement in harmony with the living, breathing city around it. Once awoke, Tobias keeps the pressure on the structure, imploring circular breathing to keep fundamentals and standing waves excited, while investigating a vast array of extended techniques and harmonic explorations through it.

As the old proverb goes, New York's alright if you like saxophones.

Recorded live, July 30th 2018 in a tunnel by the water in Riverside Park, somewhere between 80th and 90th Streets.