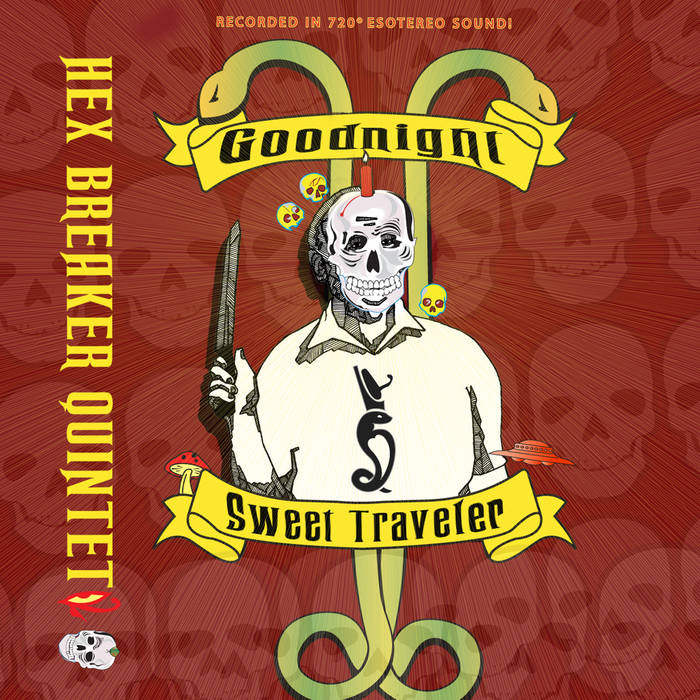 In 2011, Baked dropped its first (and so far only) slabs of wax with Telecult Powers’ debut “Zion Traveler” and Grasshopper’s “Goodnight Sweet Prince”. At that point, each of the albums had their own torrid histories falling thru the cracks of multiple label commitments. Perpetually on-deck, each would see their respective labels go dormant, or belly-up entirely, for each to find new homes, only to repeat the same terminal pending status again and again. They lived in parallel purgatories for YEARS, seemingly cursed, each moving along their own course from label to label, until I decided to try my hand in the vinyl game to break the cycle, and had them pressed myself, quickly selling out of both.

While both of these masters were shuffling along each their own seemingly-eternal limbos, both bands were gigging and recording regularly around New York and following a one-off collab set opening for Clan of The Cave Bear at Death By Audio during the summer of 2009, the four of us began to record together under the shade of secrecy, integrating our signature sounds under the guise of Hex Breaker Quintet, which we rolled out more publicly shortly before crossing into 2010.

Fast forward back to 2011, shortly after the long-overdue release of these two platters, our dear friend Jason Soliday reaches out and casually mentions that he had jammed both records at the same time and informed us that apparently, despite being recorded in full isolation well before we even considered joining forces, they actually fit together rather seamlessly, and perhaps we’d want to know that a sum greater than its parts was hiding in plain sight.

He provided us the proof, much to our shock, and then, as it does, time took hold. Like its plagued ingredients, the mash-up fell into limbo, and disappeared from view following a few hard-drive failures, numerous moves, and the inevitable distractions of everyday life. Few had heard about its existence through the grapevine as it were, and it somewhat became an urban legend within our circles. After being asked about it last year, I finally reached out to Jason to locate the original session files and swap the bandcamp mp3s he stitched together the first time with lossless files. It was then he revealed there was actually a second mash up as well.

Here, presented in its two different arrangements, with visual cues provided on the inner j-card to map how these two LPs were aligned each time, we present BT-81, the mythical culmination of BT-40 and BT-41.

It’s been a long road.