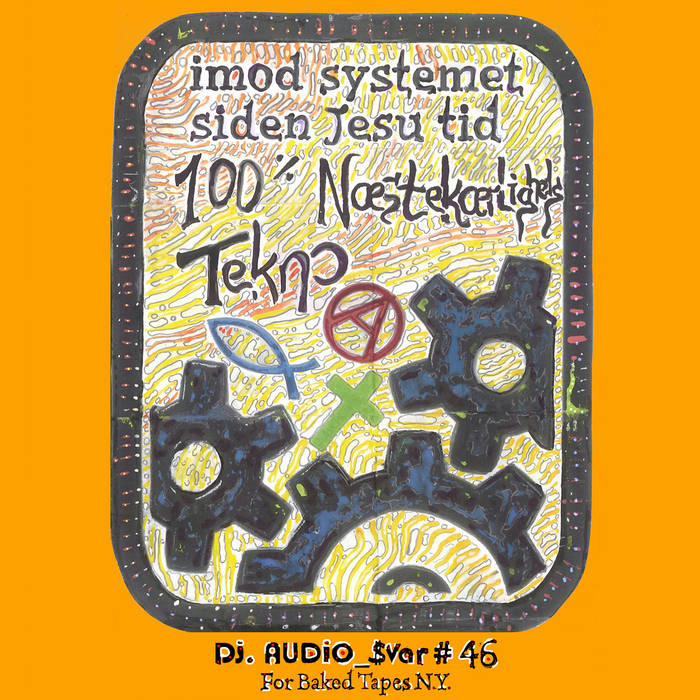 It's hard to distill the enigma that is Goodiepal to a couple of introductory lines of a character bio.

The cult around his work runs so deep, has so many facets, and is so brambly, that it can only be characterized as a modern saga in the truest sense - dense with lores of impossible certainties, littered with fantastic legend, and peppered with the occasional half-truth fable or conflicting story, that when woven together, require the full breadth of the mythos to wash over you, as it's otherwise impossible to unpack a single action without shifting to its interdependence and interplay within the grander arc of his story.

I've been an engrossed gatherer of his work for the last 10+ years and still require multiple hours to provide a narrow introduction when people ask for a proper in-roads to getting deeper into his discourse. Where does one begin in a catalog so truly remarkable that it yields as endlessly as one wants to dig into it?

While his past work has centered around compositional gaming scenarios, resonance computing, utopia, time, artificial intelligences, language and technology, and the role of the composer within Radical Computer Music itself, two years ago he relocated his base operations to the Balkans, where he has assembled a crew that have taken to working deeply with the persecuted refugee community, organizing on their behalf and amplifying their stories by shining a much needed light on a region and peoples largely neglected by western media outlets.

100% Næstekærligheds Tek Radio operates as a hybrid pirate radio broadcast of radical computer music and a scene report from the front lines of the refugee camps. Vital underground documentation.

The world is on fire.

Thank you for flying this jam.
We run a small refugees organization in the Balkans, it's name is: GP&PLS.
and if you would like to support us, we do take paypal: sara.paypal@gmail.com
All money goes straight into the pockets of refugees from countrys we, as the west, have helped to destroy & who we will not let into EU and USA, etc.
Helping refugees out is considered a crime, so a lot of the activitys we conduct is kept secret, since we could end up in jail in some countrys like: Hungary & Greece
but you do not have to worry about that.

This broadcast was transmitted to the island of Bormholm w. Dalin Waldo as DAB radio operator, you should listen to her music, it's very good. *****